Part of green technology is encouraging the use of energy sources which are alternative to the traditional fossil fuels, which are quickly becoming limited. Instead, sustainable technology looks for resources which are renewable in order to provide for the needs of humans, while reducing the negative impact that humans have on the environment for the future. One of these alternative power sources comes from the wind.

Wind exists because the sun heats the earth in uneven ways. This produces high and low pressure areas on the surface of the planet. As the hot air rises and cooler air sinks, wind is created. Most people have experienced the great force that a strong wind can yield, and using this clean source of renewable energy is becoming increasingly popular.

Harnessing the power of the wind is not a new trend. For may people, the idea of windmills draws up a feeling of large, wooden structures placed old Dutch fields filled with tulips. However, this image is no longer the case. Windmills have come far over the years, moving the way of enormous, sleek structures which are carefully designed and regulated.

As green technology info becomes more prevalent, wind turbines have begun popping up all over the countryside and on the edges of towns. Wind turbines are the main source for most wind power, and with their long blades and skyscraper height, they are hard to miss. Some fields dedicated to wind energy will have wind turbines lined up for miles.

A small wind turbine in a backyard could produce enough energy to sustain a household or small business. Larger wind turbines could create energy for over 500 homes with power. And once wind turbines are built, there is virtually no operational cost for them. There is no air or water pollution created from this energy source, although many people do consider wind turbines to give off noise pollution.

How Does it Work?

Converting wind power into electricity is actually a fairly simple green technology process. The kinetic energy of the wind uses the wind to turn the blades. The blades spin a shaft in the center which is connected to a generator. The generator then either supplies the energy to homes and businesses, or it attempts to store it temporarily in a power grid. While wind flow speeds and patterns vary, researchers have been able to learn which places are more conducive for producing the best amount of wind energy.

Wind Energy in the Future

The wind industry has more than tripled within the last decade, and  Denmark generates around 1/3 of its electricity from the use of commercial wind power production. As the demand for wind turbines increases, the cost of production of them should eventually begin to lower. This will likely make it a more prevalent and more affordable form of sustainable energy in the future. 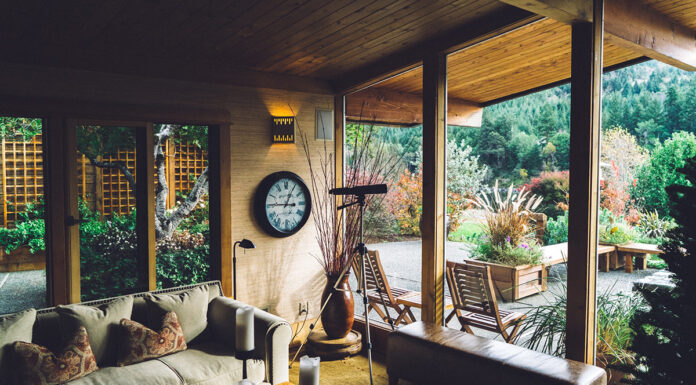 How To Build Sustainable Homes