What Geothermal is and how it works

The sharp rise in oil prices in recent years has led us to other energy sources such as geothermal energy.

Geothermal Energy, the heat released from the earth’s core, has been used since 1904 to produce clean, green energy. The secret of energy production hides in geothermal fluids. There is an example of the underground water tanks from the sea or other waters, which heats to temperatures often above 350 ° C. This happens due to their contact with rocks that have been heated by the lava located inside the earth.

With the help of today’s advanced technological methods, the pumping of geothermal fluids allows electricity production and their utilization in other uses, such as desalination of seawater, heating, and cooling of buildings heating greenhouses, fish farms, etc.

The development of geothermal energy depends on certain factors, such as the depth, the geothermal reservoir’s characteristics, the composition of the geothermal fluid and its supply, land use at the soil surface, etc.

Globally, the development of geothermal energy from the US, Indonesia, and the Philippines overshadows Europe’s.

In Europe, Turkey and Italy are leaders in the number of geothermal installations. At the same time, both Sweden and the Netherlands have ambitious plans to expand geothermal resources. About one-fifth of all buildings in Sweden relies on geothermal heat pumps for heating and cooling, making it the world leader in shallow geothermal systems, accounting for 10% of the country’s total heat demand.

On the other hand, Germany is not a pioneer in geothermal energy, neither in Europe nor globally, despite having abundant hot water reserves beneath its surface. And until recently, Germany did not take advantage of this enormous potential. Deep geothermal plants account for only 0.1% of the country’s heating and cooling.

However, reports from leading German institutes and organizations underscore the critical role geothermal energy must play to complete the energy transition to heating. And they show precisely how far Germany has to go.

In particular, the Leibniz Institute of Applied Geophysics (LIAG) estimates that Germany can increase the production of deep geothermal energy from the current 1.2 TWh of climate-neutral heat per year to 100 TWh heat per year by 2050. Simultaneously, the Agora Energiewende Ιnstitute argues that the number of shallow geothermal systems that use ground heat, should be increased from 420,000 to 2.5-3 million.

There are three categories of the utilization of Geothermal Energy:

The soil at a depth of about two meters has a constant temperature of 17 ° -18 ° (winter-summer). The ground absorbs 50% of the solar energy, resulting in substantial thermal energy storage under our feet. By placing a network of water pipes in the ground, at a depth of 1.5-2m, we manage to have a water temperature inside the pipes approximately 17 ° C.

The pipes’ water with a pump led to pipes inside the floor, resulting in the summer months when the temperature is 30-35 ° C to offer the room a coolness inside the base at approximately 17 °-20 ° C. That means you no longer need to use a / c (air conditioning). During winter, we take the water from the ground, lead it to the geothermal pump, increase the water temperature from 17 ° C to 40 ° C with minimal cost and then lead the hot water to the pipes inside the floor, and create a constant temperature 24 hours a day inside the building 20 ° C to 21 ° C. In this way, there are no boilers, burners, chimneys, etc. A geothermal installation transfers heat from the ground to the building and vice versa, instead of producing it, thus achieving energy savings required for cooling-heating by at least 75 %. For example, a house of 100 sq.m. will be needed in the surrounding area to develop geothermal pipelines of about 200 sq.m. The depth that will be required for the installation of the piping is about 1.5-2m.

Advantages: The environmental benefits of geothermal energy can be summarized as follows:

-Contribute to the achievement of the objectives of the EU White Paper and the Kyoto Protocol.

-It is a local form of energy resulting in the economic development of the geothermal area.

Benefits from the use of geothermal energy in houses

• Independence from heating oil or other forms of energy.

• Savings in heating operating costs by at least 75% compared to oil.

• Cooling of the building at no cost in summer

• No pollutants are produced during both heating and cooling.

• No space with specific dimensions is required for a boiler room.

• Chimneys, burners, tanks, etc. are not needed, which in addition to their construction costs, we also have a high value for their maintenance.

• We do not have radiators inside the building, as a result of which we save more functional spaces and have a better aesthetic result.

In general, geothermal energy utilization encounters some fundamental problems, which should be solved to exploit this alternative energy form. These issues are forming deposits on almost any surface that comes in contact with the geothermal fluid, the corrosion of metal surfaces, and certain environmental charges (disposal of fluids after use emissions of toxic gases, mainly hydrogen sulfide).

All of these problems are directly related to the specific chemical composition of most geothermal fluids. Geothermal fluids, due to their high temperature and their stay in contact with various rocks, usually contain significant amounts of dissolved salts and gases. Change in the thermodynamic characteristics of the fluids in the exploitation stage can create conditions favorable, both for the chemical attack of the metal surfaces and for the deposition of some dissolved or suspended solids and the release into the environment of harmful substances. 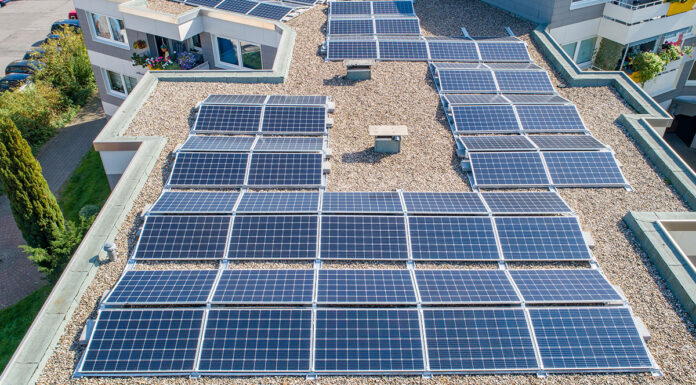