Biomass is an inexhaustible energy source that, together with wind, solar, and other Renewable Energy Sources (RES), is considered a “green” form of energy and can contribute to the adequacy of energy needs.

Bioenergy is a form of Renewable Energy Sources (RES) that comes from the energy recovery of biological origin’s organic materials. These organic materials are generally called biomass and are raw materials that have converted the solar energy they receive through radiation into chemical through the process of photosynthesis.

By definition, biomass includes a wide variety of different materials, such as energy plants (musk, rapeseed, corn, hemp, sorghum, artichoke, etc.), wood in all its forms (waste wood, sawdust, pruning, etc.), agricultural by-products (branches, straw, stone wood, etc.), livestock waste, organic industrial waste (whey, slaughterhouse waste, kiln, etc.), food waste (food waste), by-products of industrial processes, fats, oils, etc.).
Dried leaves, twigs, coffee, fruit peels, eggshells, and even the teabag are just some of the organic waste from our kitchen and our garden. All these are discarded daily, unused, ending up in landfills while becoming a natural fertilizer, full of nutrients, and essentially giving new life. Many of the so-called “garbage” are raw materials for a new life, for something new.

Biomass is the oldest and most widespread renewable energy source. Primitive man, to heat and cook, used the energy (heat) that came from burning wood, which is a kind of biomass.

But even today, mainly the rural populations, both in Africa, India, and Latin America and in Europe, use wood, plant residues (straw, sawdust, useless fruits or stones, etc.), and animal waste (manure, animal fat, waste catches, etc.) to cook, heat and light up. All the above materials, which directly or indirectly come from the plant world, and most of the municipal waste (food waste, paper, etc.) of cities and industries, can be converted into energy.

Globally, the trend towards a transition from a mineral wealth-based economy to a sustainable bioeconomic model is fully compatible with a cyclical economy that uses renewable energy sources. The United States and Brazil, which have energy trade ties, are pioneers in bioenergy. A big bet to win is to find a golden ratio between socio-economic and environmental sustainability.

How biowaste convert into energy

The production and percentage composition of biowaste related to municipal solid waste varies between countries and depends on various parameters such as living conditions of the population, living standards, consumption habits, and technological progress.
Biowaste accounts for an average of 32% by weight of the total amount of municipal solid waste generated in the European Union.

The fuel produced by the proper processing of biomass is called biofuel. In essence, biomass is the raw material; biofuel is the fuel to which it is converted, and bioenergy the electrical/thermal/kinetic energy it produces. Therefore, separating biofuels from bioenergy is meaningless as we are essentially referring to one thing: sustainable biomass energy production. It is noted that the second-generation biofuels that are increasingly used for the production of bioenergy do not have a negative impact on the food chain, as they use waste or inedible plants for the production of fuel.

One of the proposed solutions is their incineration for energy production in the effort to reduce and utilize waste. This process is called “waste to energy.” In the process, mainly household and similar waste is incinerated, which cannot be recycled. The energy produced can be electrical or thermal. This is possible and convenient when the heat generated by the waste incineration is high enough to guarantee satisfactory combustion conditions and have enough energy to overcome the losses and auxiliary consumption. Such as the consumption of power generation equipment ancillary equipment (at least 4 MJ / kg). A modern, large plant that processes half a million tons of municipal solid waste per year can produce more than 400 million kWh per year, meeting the electricity needs of more than 150,000 households. In the end, the volume of waste can be reduced by about 90%. Modern European waste-to-energy plants are clean and safe, meeting the strictest emission limit values for any industry, as set out in the EU Industrial Waste to Energy Plants Directive (2020).

After collecting the waste and delivering it to the unit, the following procedure is followed. Once compressed, they are deposited on a grate, which transports the trash through the combustion chamber. The waste is thus mixed and incinerated. What is not completely burned is left as ash at the end of the grill. Also, metals and building materials can be recovered and reused. During the combustion procedure, a boiler recovers energy in the form of steam. And this is at a rate of more than 80% of what is contained in the waste. Apart from the useful power, however, other polluting exhaust gases are also emitted. Highly sophisticated procedures ensure that all contaminants in the waste are disposed of efficiently, sustainable, and reliable. In the end, about half of the energy produced is renewable because it comes from the biogenic waste fraction that is carbon neutral.

The first incinerator was built in Nottingham, UK, in 1874 by Manlove, Alliott & Co. Ltd., designed by Alfred Fryer. It was followed by Governors Island in New York in 1885 and Frederiksberg in Denmark in 1903. From then on, the process evolved and spread to all continents. Countries to be mentioned are Sweden and Germany, which traditionally use this process for waste management. It should also be noted that Portugal, which is in danger of not meeting its CO2 emission targets (despite currently burning 20% ​​of its garbage), recently announced that it would not invest in new combustion plants. It is also essential to try to manage the large volume of waste in the United Arab Emirates and Singapore.

Focusing specifically on Singapore’s example, it all started in the 1960s, when officials realized that there would be no more free space at some point. But it was not before 1979 when the first incinerator for waste was built. There are now four incinerators. The remaining ash is deposited in the Semakau landfill. Although the waste was reduced by 90% through the whole process, there still is the remaining percentage that must be managed and the waste that can not be incinerated. To be precise, it is estimated that in 2035 at Semakau, there will be no more room for the ashes. Thus, to avoid any residues, ways are sought to use materials that are either recyclable or completely incinerated. (Business Insider, 2020)

As it turns out, the waste incineration process for energy generation has several advantages. Some of them have already been mentioned, such as reducing the volume of waste and recycling metals. Also, the same energy production is an advantage, both because it comes from a raw material that has no particular cost, but also because no conventional fuel will be used. When waste is buried and decomposed, it produces methane, which is not the case.

On the other hand, there are several downsides. Many believe that due to this method’s convenience and low cost, it will compete with recycling and reduce it. 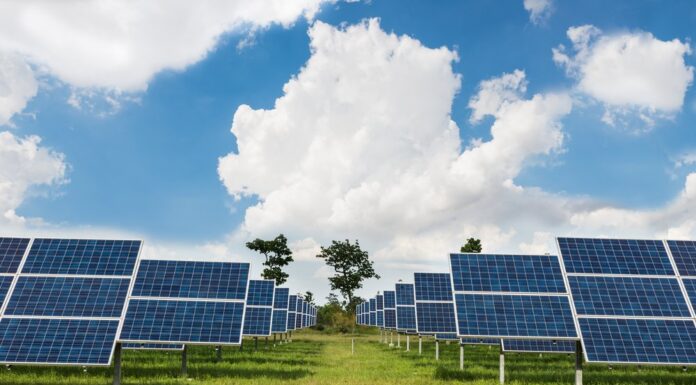